Over the last 12 months we have seen noticeable trends representing a shift in how fans are engaging with and consuming sports content – particularly in the digital space. The content for SportsPro Live 2022 was aimed to provide you guidance on future proofing and staying ahead of the trends. 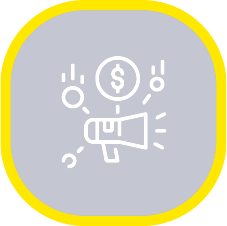 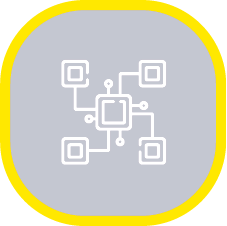 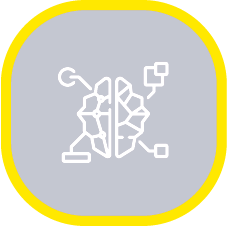 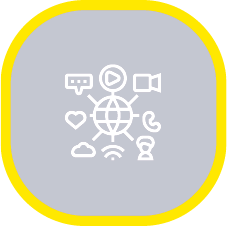 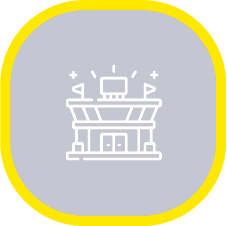 “Unique insight and access to the leading practitioners across the business of sport, SportPro events have become the essential guide for the industry.”

“SportsPro provides the only world view on the business of sports.” 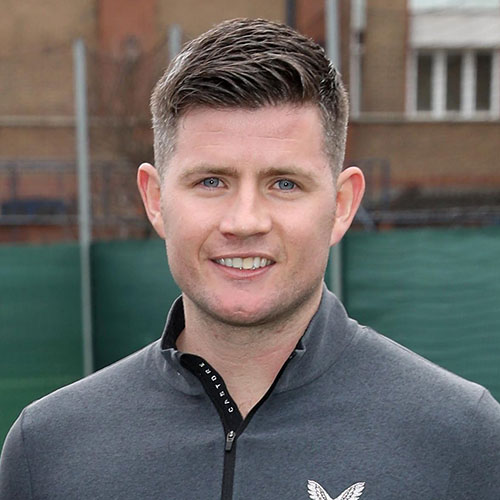 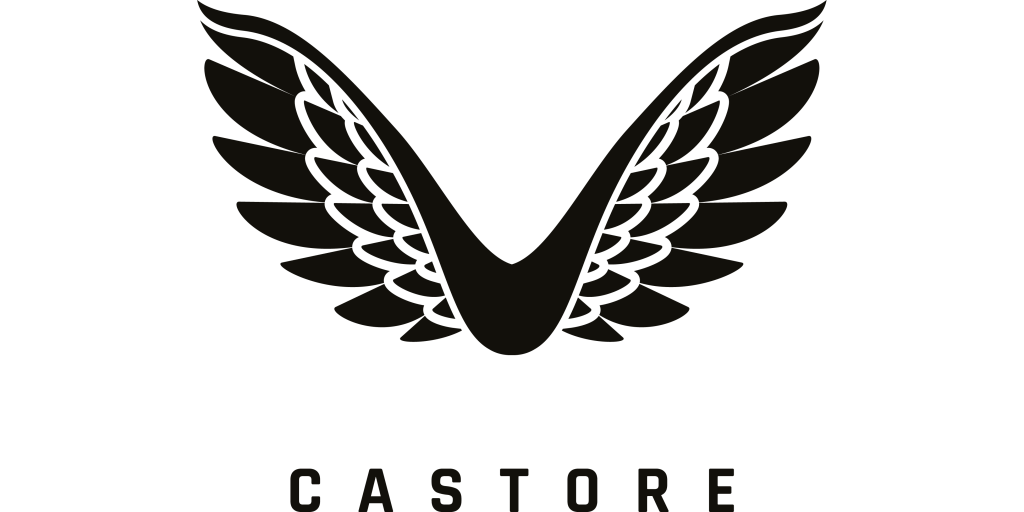 Tom is the Co-Founder of Castore, a premium sports brand established in 2015 by Tom and his brother Phil Beahon, both former professional and semi-professional sportsmen.

Castore is the partner brand for some of the world’s best-known sports teams and individuals, sold via its e-commerce site as well as dedicated retail stores in the UK, and a host of wholesale partners globally. 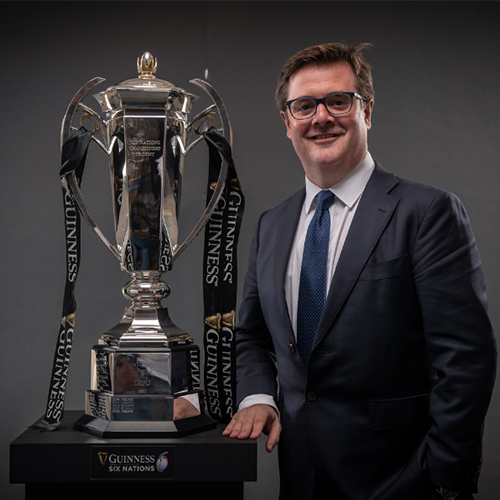 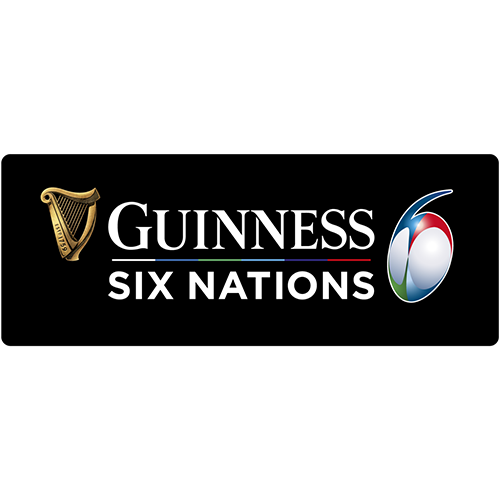 Ben Morel was appointed Chief Executive of Six Nations Rugby in November 2018. Prior to joining the organisation responsible for Rugby’s Greatest Championship, Ben worked at the NBA for over 20 years. He was NBA’s Senior Vice President & Managing Director of Europe, the Middle East and Africa (EMEA) since 2011. During his tenure, he oversaw all aspects of the NBA’s EMEA operations including media distribution, events, merchandising and sponsorship. He also managed the NBA’s two regional offices located in Madrid and Johannesburg from the league’s EMEA headquarters in London.

Since joining Six Nations Rugby, Ben has ushered in a number of major developments, namely a long-term strategic partnership with private investment fund, CVC Capital Partners., as well as signing Guinness as Title Partner of the Six Nations and centralising the broadcast rights of the men’s and women’s Championships and Autumn Nations Series.

During his time as CEO, Ben successfully navigated the challenges posed by the COVID-19 pandemic, whilst leading the organisations growth to bring Six Nations Rugby to global audiences through extensive broadcast partnerships.

Ben is of Franco-British origin and is a 1997 graduate of the ESCP/EAP Business School with a specialization in International Affairs and Sport Management. 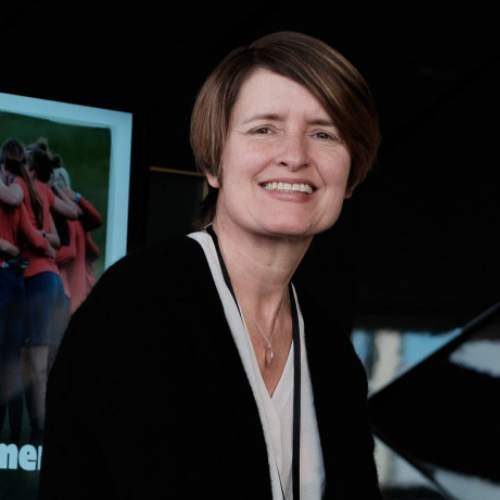 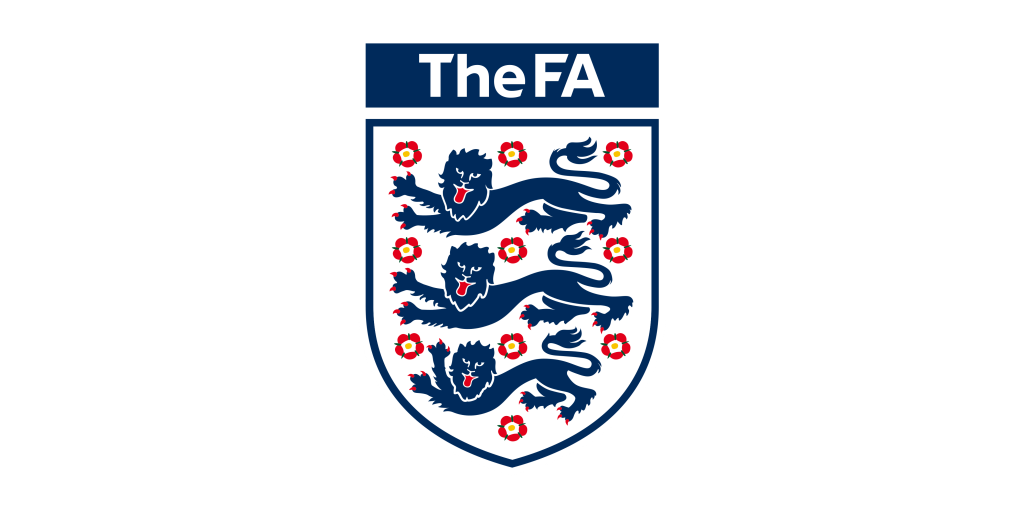 She was previously The FA Director of Development, overseeing the implementation of a £200m four-year investment programme into children’s and grassroots football. 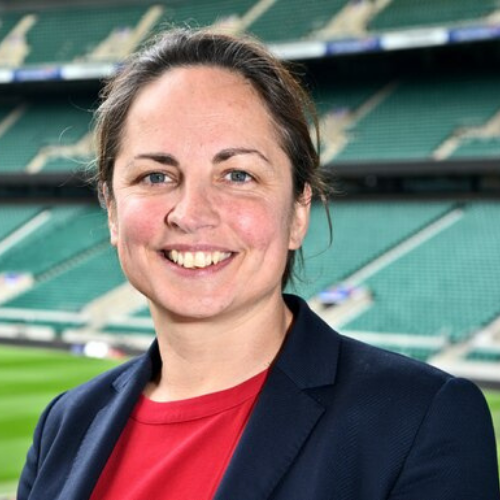 She is a qualified chartered accounted with over 20 years’ experience in a variety of roles at KPMG, most recently as Deal Advisory Partner. Having been appointed partner in 2015, she worked as lead partner on a number of high profile mergers, acquisitions and corporate finance transactions before joining the RFU.

A former England rugby captain and prolific try scorer, Sue was also President of Wasps FC from 2013-18 following a distinguished 14-year playing career with the club.

She was capped 59 times for England, winning three Grand Slams, and also captained the England Sevens team and coached the developmental team.

She is a founding trustee of the Women’s Sports Trust, and has been a rugby commentator for Sky Sports and World Rugby.

Sue was awarded an MBE in 2020 for services to gender equality in sport. 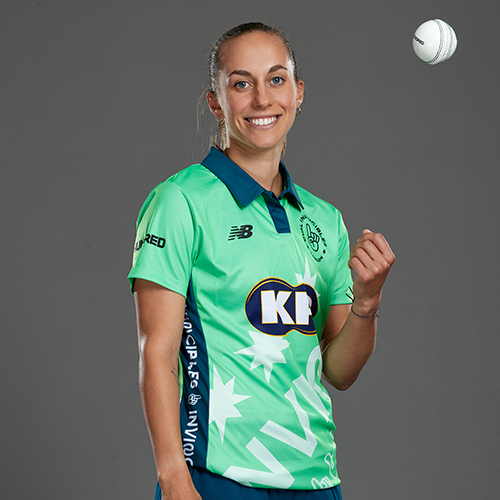 Made her England debut in 2013. A dynamic and fast left-arm bowler. Finished as top wicket taker in the first season of The Hundred, getting 18 batters out. 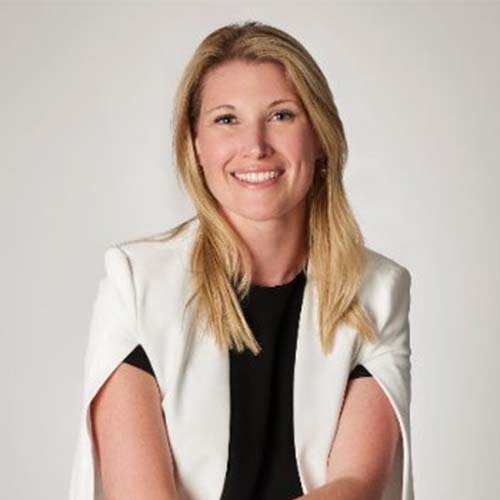 As Chief Marketing Officer, Claire is accountable for leading McLaren Racing’s marketing strategy and growing its revenues across Formula 1, INDYCAR and Extreme E.
Prior to joining McLaren Racing in April 2021, Cronin had a slightly unconventional path into Marketing. After graduating from Warwick University with a Law degree, she spent the first 10 years of her career in banking working across a broad spectrum of product and marketing roles. In 2009 she was headhunted into NetJets, the world’s largest private aviation company, owned by Warren Buffet’s Berkshire Hathaway. At NetJets Europe, she led Marketing and Customer Service, for the world’s wealthiest private and commercial clients. In 2014, she joined Sir Richard Branson’s Virgin empire, where she was appointed to lead Virgin Holidays Marketing and Customer Experience, in parallel to serving as Non-Executive Director, for the Branson Centre for Entrepreneurship. Three years later she was promoted to Chief Marketing Officer, a role she left in August 2020 to have her first (and only) baby.
In her spare time, Cronin enjoys walking her Cavalier King Charles in the New Forest countryside, where she lives with her husband and ten-month-old-daughter. She is a Mentor in the Marketing Fellowship community and is passionate about supporting the advancement of all her former employees through ongoing coaching and sponsorship.

Group Head of Sponsorship and Media 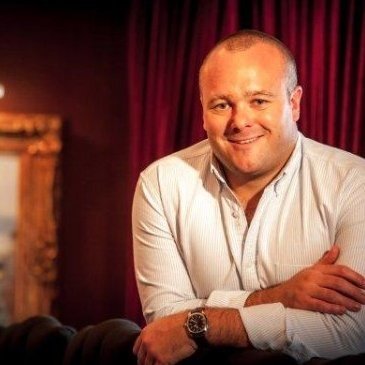 Group Head of Sponsorship and Media

Tom has held various roles across Barclays over the last 11 years, working across all areas of Marketing. Most recently, Tom was located in Johannesburg, South Africa, and undertook a number of strategic roles supporting the growth of the business across the continent. As the Head of Marketing, covering the twelve countries in which Barclays operates outside of South Africa, Tom was responsible for all brand and marketing activity. Following this role, during which the brand saw significant growth, he moved to be the Chief Operating Officer for the African Corporate Relations function with a portfolio covering Strategy and Planning, Effectiveness and Commercialisation, Sourcing and Supplier Management, and Events. Currently, Tom is responsible for Sponsorship and Media across the Barclays Group, with a notable focus on the management and activation of the Premier League, of which Barclays are the Official Banking Partner. 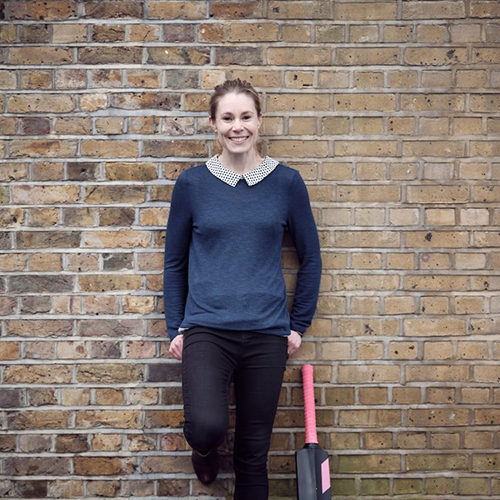 Ever since she dreamt as a ten year old of scoring the winning goal in an Olympic hockey final or leading the England (men’s!) cricket team to World Cup glory at Lord’s, Beth Barrett-Wild always knew that she wanted a career in professional sport.

Upon completing a degree in Geography at the University of Oxford in 2008, Beth was elected into a full-time graduate sabbatical role as the Oxford University Sports Federation President. Passionate about the growth of sport at the grassroots, from there she took an opportunity with Rounders England, as a regional development manager.

For the last eleven years, Beth has been working in various roles at the world’s most famous cricket ground, Lord’s, the “Home of Cricket”. After an initial three year stint in Marylebone Cricket Club’s (MCC) Media & Communications team, she moved across to the ECB, where she is currently Head of The Hundred – Women’s Competition and Female Engagement. Prior to taking on her current role with The Hundred, Beth has had several other opportunities at the ECB, all with a common thread of driving change and establishing cricket as an accessible and gender balanced sport.

Throughout her career, the challenges that have excited her most have revolved around creating inspirational moments and bringing sport to new audiences, which alongside supporting women’s sport to be as strong as possible on and off the field, are things Beth cares deeply about. 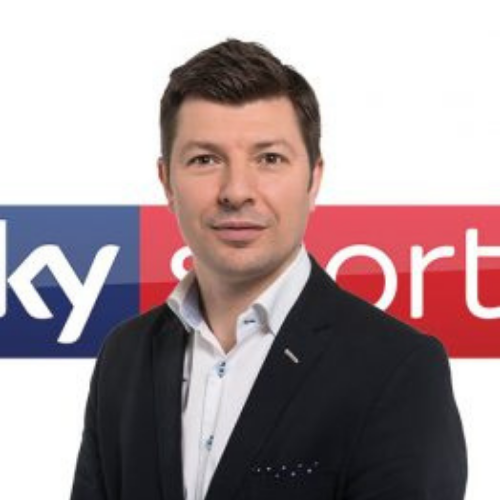 Gary Hughes has been Head of Football at Sky Sports for five years. His role consists of overseeing all football production across Sky platforms, as well as managing talent and working closely with rights owners.

He started at Sky in 1995 as a producer on Sky News, before moving to Sky Sports News where he led a production team for 10 years. Gary produced Sky’s Champions League coverage for 5 seasons before moving into his current role. 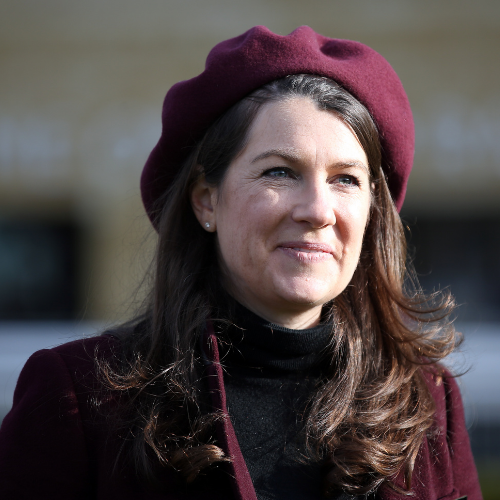 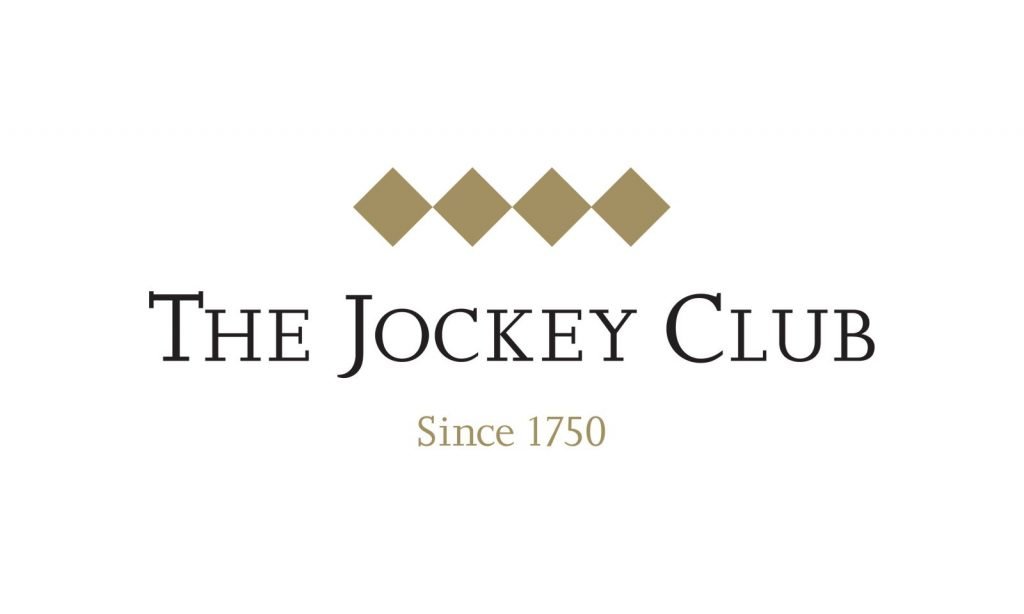 Carey joined The Jockey Club nearly 12 years ago in 2010 as Sponsorship Manager at Sandown Racecourse, climbing the ranks through Sponsorship and Partnership roles for the South West, to become Director of Partnerships in 2020.